Blog - Latest News
You are here: Home / “Through the Lens of His Majesty King Bhumibol Adulyadej” Exhibition...

The Bangkok Art and Culture Centre Foundation and the Royal Photographic Society of Thailand are pleased to invite you to “Through the Lens of His Majesty King Bhumibol Adulyadej” Exhibition. The exhibition is a part of the “In Remembrance of HM King Bhumibol: The Supreme Artist” project conceived in recognition of the late king’s remarkable artistic talent and of his royal grace as a Thai art patron.

Curated by Nitikorn Kraivixien, parts of the 200 photographs by the late king have never been exhibited before.

The exhibition will be divided into three periods of his lifetime. Fist, the beginning of the reign is a collection of black-and-white photographs featuring Her Majesty Queen Sirikit and the prince and princesses from the days of their birth. Second, the middle of the reign features moments in which the late king was working at various places and for different projects regarding agriculture, irrigation, rural development, and royal development projects initiated by HM the late king. In the third part will be a collection featuring photographs of HM the late king staying at Klai Kangwon Palace, landscapes, as well as his pet dogs.

“Through the Lens of His Majesty King BhumibolAdulyadej” Exhibition will be held at the main exhibition on the ninth floor of Bangkok Art and Culture Centre from September 2, 2017 to January 7, 2018. 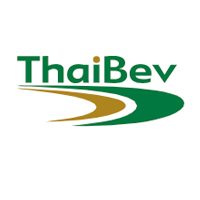